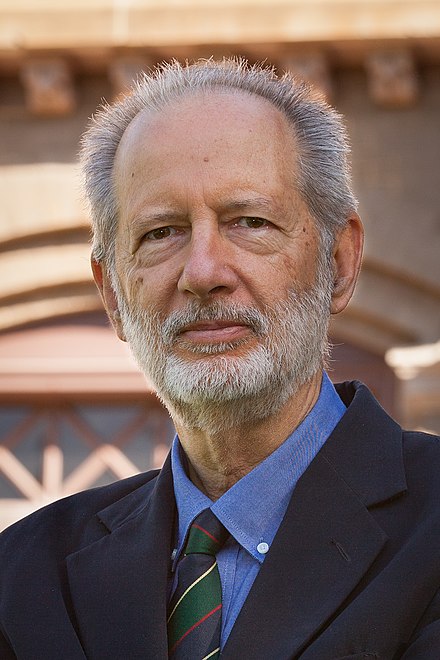 Colorado School of Mines, Director, Hennebach Program for the Humanities

This annual award recognizes outstanding contributions in humanistic teaching and research in the context of engineering education.  We are truly excited to recognize Carl Mitcham’s work across multiple disciplines, which has supported virtually every one of the many areas in which LEES members’ own scholarship resides.  The LEES awards committee and entire LEES leadership team feel his contributions to the impact and sustainability of liberal arts in engineering are outstanding, extending across an extraordinary range of philosophical, ethical and historical concerns.

Carl Mitcham is Director of the Hennebach Program for the Humanities at Colorado School of Mines, holds appointments as Professor of Liberal Arts and International Studies at Colorado School of Mines, and is an International Distinguished Professor of Philosophy of Technology at Renmin University of China. Carl earned degrees from the University of Colorado (BA, MA) and Fordham University (PhD) and has held faculty appointments previously at Berea College (Kentucky), St. Catharine College (Kentucky), Brooklyn Polytechnic University, and Pennsylvania State University. He has also served in visiting positions at the Universidad de Puerto Rico, Mayagüez (1988), Universidad de Oviedo (1993), the Universities of Tilburg and Twente, Netherlands (1998), and as Fulbright Professor at the Universidad de País Vasco, Spain (2003-2004). Additionally, Mitcham is a Faculty Affiliate of the Center for Science and Technology Policy Research, University of Colorado, Boulder, and Adjunct Professor, European Graduate School, Saas Fee, Switzerland.

His publications include Thinking through Technology: The Path between Engineering and Philosophy (1994), Encyclopedia of Science, Technology, and Ethics (4 vols., 2005; second edition 2015), Oxford Handbook of Interdisciplinarity (2010, with Robert Frodeman and Julie Thompson Klein), and Ethics and Science: An Introduction (2012, with Adam Briggle). Philosophy of Engineering, East and West is forthcoming. Additionally he has served as a member of the Committee on Scientific Freedom and Responsibility of the American Association for the Advancement of Science (1994-2000) and on expert study groups for the European Commission (2009 and 2012).

You can also explore an entire lecture series on Science, Democracy, and Philosophy freely shared on YouTube: https://www.youtube.com/playlist?list=PL8BE7A246506308BE